​Larry Schnaare lives in Colorado with his two boys, Alexander, Larry and wife Noelia. He is an instrument rated Commercial pilot and is currently working on his CFI certificate.  In addition to being passionate about flying he is a Brazilian Jiu-Jitsu (BJJ) black belt instructor and enjoys sharing his knowledge with others.  Larry is also a USMC and Army veteran and is passionate about helping fellow veterans, military, and law enforcement through BJJ and once a CFI, will give free flight lessons to veterans, active duty, and first responders as a form of therapy and to say thank you.

​Congrats to our 2019 Scholarship Recipients! ​

​Samantha Welby began her flight training at a local airport in Southern New Jersey while also pursuing two degrees from Rutgers New Brunswick in Economics and Criminal Justice. After graduation, she decided her true passion was for aviation and she began training full time towards that goal. Today she is an Instrument Rated Commercial Pilot that works as a Skydive pilot at the Jersey Shore. She hopes that this scholarship will allow her to broaden her horizons as she continues to seek a lifelong career as a professional pilot.

​Global Services for a Global Industry

Safe, On Time, and On Budget! 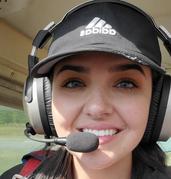 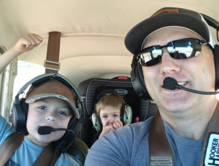 What is it like to ferry? Check out the BLOG! - https://fullthrottleaviation.wordpress.com/